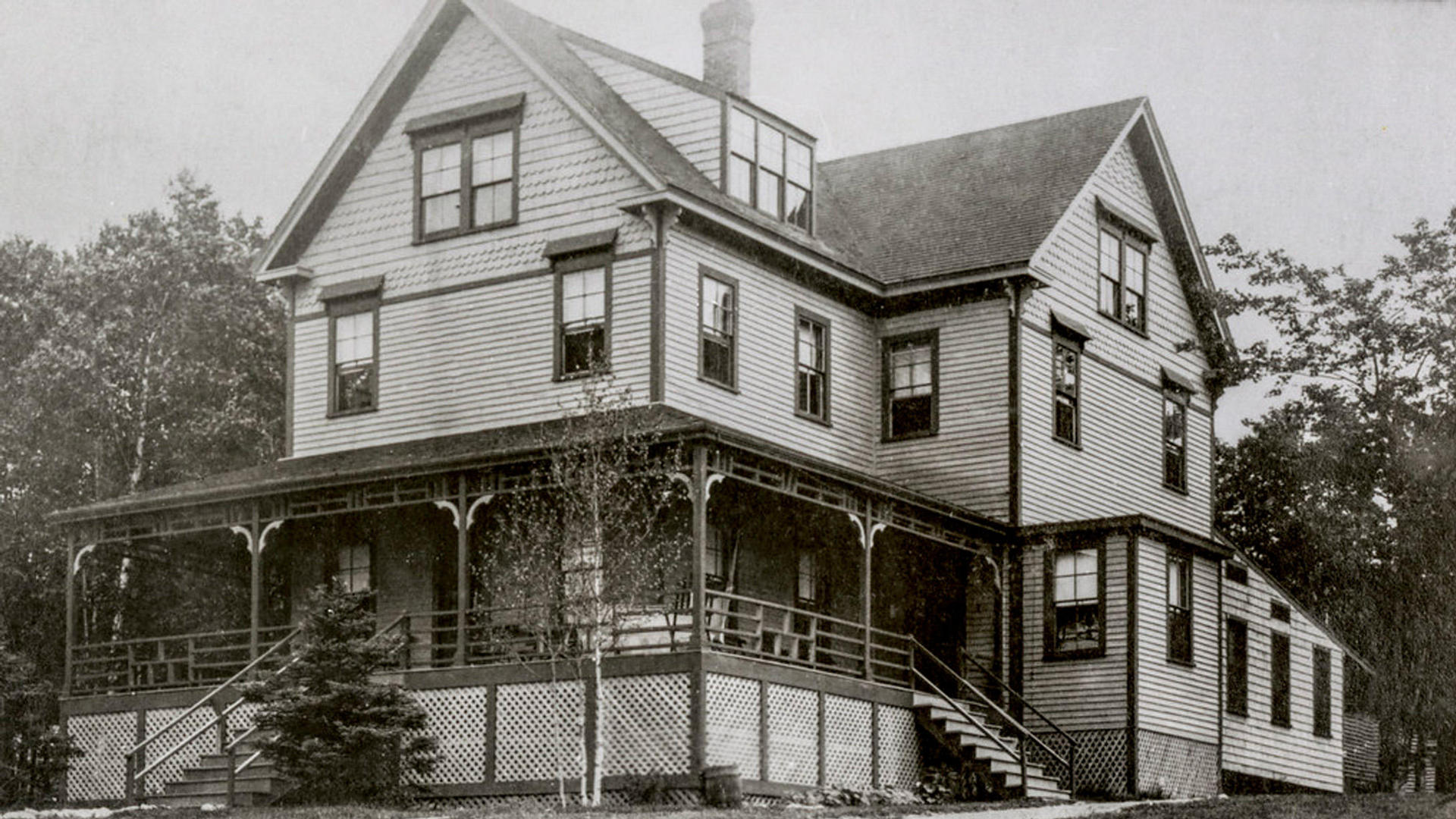 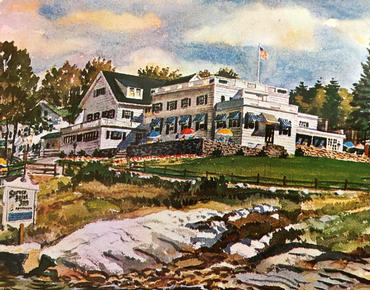 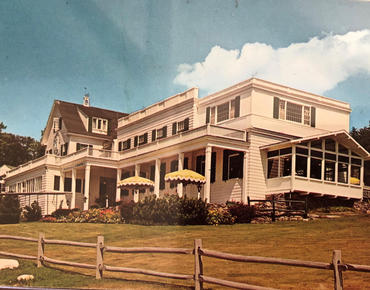 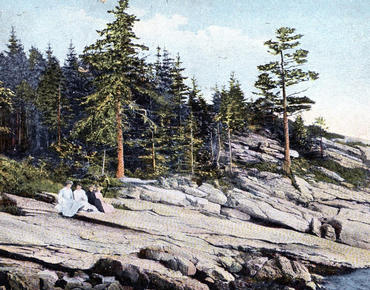 Since 1892, Spruce Point Inn has provided distinctive vacation experiences for travelers to beautiful mid-coast Maine. An iconic property within the New England region, it has long been a landmark destination among the popular summer colonies of the area. Spruce Point Inn offers the same unspoiled views the original inhabitants, sportsman, and other notables have enjoyed for generations.

In the 1870s steamer travel to Boothbay Harbor commenced, bringing travelers from the oppressive summer heat of Boston and New York City to the fresh breezes and sparkling waters of the Maine coast. Then as now, Spruce Point was an attractive destination to these summer-seekers, drawn to its shoaling beach, spruce forests, and picturesque maritime bustle of the harbor.

At first it was sportsmen seeking a week of hunting, fishing, and socializing who were drawn to Spruce Point Inn’s original lodge. These ‘rusticators’ sought to swap their offices for the thrill of a fish on a line, fine whiskey, and camaraderie around the dinner table. Others followed and soon enough private cottages dotted the rocky Maine-coast peninsula and memories that passed from generation to generation were born.

The Inn’s main building was built around this time by the Marston family to serve as a private hunting and fishing lodge. In 1902, the property was rented to Mrs. Holland, who ran it as a tea house and inn. Ten years later, Walter Holland purchased the inn and operated it with his wife as the Spruce Point Inn and tea house until shortly after World War II.

During Prohibition, the clubby turn-of-the-century atmosphere of fine whiskies was augmented with locally distilled juniper berries. In the 1930s famed swing bands toured the Maine summer resorts including Southport and Boothbay, while town festivals, parades, and yacht races added to the fabled charm captured on the pages of Maine Invites You, and other publications of the day.

Following WWII, Mr. Holland sold the property to Leroy Race, who operated the inn until 1957. These years saw the addition of tennis courts, a recreation hall (Lighthouse), and the Balsam lodge. The average rate was $9 per day — including full American Plan meals (breakfast and dinner) — and the inn flourished, operating at full capacity with a long waitlist. 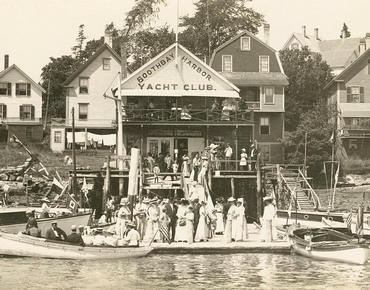 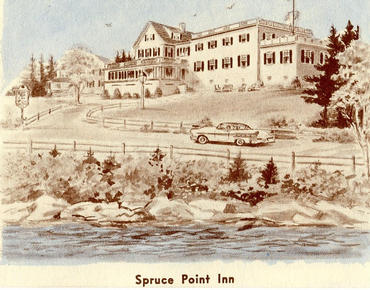 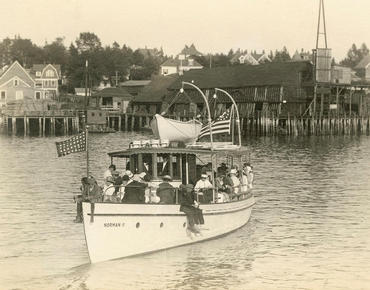 By 1957, clientele had dwindled and the inn had gradually fallen into disrepair. Raymond P. Harold, a neighbor of the inn, purchased the property and turned over management to his daughter, Charlotte, and her husband, John Druce. The Druces owned and operated the inn for three decades until they sold it in the fall of 1991. Under their ownership the inn once again thrived. Though they had only three guests during their first summer, interest in the property grew as new facilities were added. In 1965, the saltwater pool was installed and a miniature golf course was added. The following year, the Evergreen Lodge was built, and a stone wall was constructed to ring the beach.

After the Druces retired in 1991, Ernest Mallett and Bruno DiGiulian purchased the inn with Joseph Paolillo and Angelo DiGiulian serving as managers. Starting in 2011, they completed at an extensive upgrades encompassing all aspects of the property from guest rooms and cottages to function space, recreational areas, the waterfront and restaurants.

Today, much of the inn’s historic downeast architecture remains. The historic main building still stands, containing nine guestrooms, two restaurants, a gameroom and the bright, breezy reception area, and retains the character of the classic Maine shore resort: wood floors, bead-board wainscoting and porch ceilings painted a soothing sky blue. With windows open to the sea breeze and deep wicker chairs, the main floor is a focal point for guests today, as it has been for over 100 years.

In February 2019 the owners of Spruce Point Inn concluded  the sale of the property to Stonehouse Capital; and after a careful search, Stonehouse Capital engaged BENCHMARK®, a global hospitality company, to operate Spruce Point Inn as part of their Gemstone Collection. A landmark and a legend for more than a century, and Down East Magazine’s “Best Hotel in Maine” for four consecutive years, the historic Spruce Point Inn resort in Boothbay Harbor has reigned as the choice of discerning travelers and one of Conde Nast Traveler’s Readers Choice “best resorts in New England” for years. Ownership and management are honored and proud to extend this legacy.